I love when people share their stories of faith with me. Here are two testimonies from a lovely lady I met and who told me about God’s work in her life.  Her name is Yolanda and she graciously gave me permission to share with you.

To God Be the Glory…

When I was 6 years old we moved to a small town in Mexico. There were very few police in our town and because the Chief of police no real control over the townspeople, my dad often helped out by answering complaints from town’s members.

The biggest complaint he received was about a man named Francisco.  He lived with his grandmother and sister and was known as a very mean man who hit and abused them when he was drunk. My father was the only one who was able to gain some control of the situation with Francisco by gathering him up when he was too drunk and putting him in jail until he sobered up.  This helped the towns people but Francisco often threatened revenge against my father.

Over the next six years, my sister became friends with Francisco’s sister who would often come to our house to hide from her abusive brother.  During this time Francisco’s sister fell in love with one of my brothers who was very handsome and the pride of our family as he was the first one to get into medical school.

My mom was not happy that Francisco sister fell in love with my brother and she warned him about getting involved with her because of the situation with Francisco but my brother assured my mom that there was nothing to worry about.

Over time Francisco found out about his sister and my brother dating.  He had seen them together in the park and started a fight with my brother but the fight ended quickly with Francisco running off like a coward.  This happened a few times and while my dad wanted to help, my brother insisted that he not intervene.

On June 25, 1966, I spent the day swimming with my brother and when we arrived home in the evening he said he was going to go visit Francisco’s sister.  My mom was worried and told him he should be careful.  Again my brother assured her there was nothing to worry about.

In those days boys and girls would talk with each other through a window so that night my brother was talking to Francisco’s sister and wasn’t paying attention to the cars driving by.  Francisco drove by in a taxi and shot and killed my brother right there.

My mom lost her mind. She was normally a very happy lady but that all changed that night.  When it happened I was at my friend’s house playing.  My aunt came and got me and said she had to take me to my grandmother’s house.  When I asked her why she wouldn’t tell me but she looked very nervous.

When I got to my grandmother’s house everyone was crying.  I tried to find out what was going on but no one would tell me.  Instead they gave me some tea and without me knowing, had put something into the tea that made me fall asleep. That’s how they chose to deal with me since I was the baby of seven children. They just didn’t know what to do with me.

I got up the next morning and no one was there. I still didn’t know what was going on.  I ran all the way from my grandmother’s house to my house and when I got there I saw all these people gathered at the park by my house, crying.  No one noticed me when I walked into my house.  I looked to the right and saw that people were crying.  Then I looked to the left, and saw my brother already in a casket. I couldn’t believe it.

Someone grabbed my arm to take away from the scene but I jerked my arm away and ran to find my parent’s.   When I found them I saw my mom and she looked crazy.  There were three doctors there tending to her. Finally one of my brothers told me what happened and we just cried together all day.

As the days went on, my mother got worse.  She went for different treatments but didn’t want to deal with the loss of her son.  My father ended up retiring to help take care of her.  Everything in my life (our life) changed.

We were catholic and Mom would tell me go to church and pray to the Virgin and I would just said okay.  I heard of God and Jesus but didn’t have a real connection.  I didn’t resent God for taking my brother because I didn’t really know anything about God.

Time went by, I grew up. My mom got psychiatric treatment for about a year and she did get better.  She wasn’t completely recovered but she was able to talk with me.  My father on the other hand was always focused on taking care of my mom and was unable to give me much attention.

Since my family-life had been shattered after the death of my brother, I was looking to create a normal family of my own.  I met a boy who had one brother and six sisters. His mom and dad seemed normal so we got married.  I was sixteen, we moved to California and life went on.

As years passed and I began to have children of my own, I thought everything was good.  I didn’t think I held any un-forgiveness in my heart, particularly after becoming a Christian in 1982.   I honestly believed I had forgiven everyone I needed to forgive.

Then in 2008, twenty-six years after becoming a Christian, I was listening to Joyce Meyers teach a week long message on Forgiveness.  I thought I was okay but as the week went on and I continued listening to the message of forgiveness, I began to feel as if something was missing deep down.  I began crying and asked God to show me, what it was that was bothering me.

Late one night at one o’clock in the morning, God woke me up and brought all the memories of my brother and Francisco to my mind.  God spoke to my heart and said “You are missing the most important person you need to forgive—Francisco.”  It had been so long since I had even thought about it but God continued to impress upon my heart, “You need to forgive him.” I cried uncontrollably.

It took me a long time to say the words, “Lord I forgive Him”.  Through all my tears and all the pain I felt, when I finally said the words, I felt as if someone was holding my heart in their hand and I knew it was Jesus.”The weight of un-forgiveness was lifted from my shoulders. I was able to realize that I was only hurting myself by holding it in and not forgiving Francisco.

I shared my experience with forgiveness with my family; I explained to them that although it may not seem like a big deal for them because it was something that happened when I was a little girl, I needed to forgive so that I could truly grow in the Lord. They have been witnesses of God’s healing in my life and I thank God.  Day by day I’m learning to forgive in greater ways. 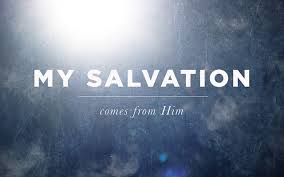 My Salvation Story (as told to Monica Cane) by Yolanda Martinez

A woman named Blanca began talking to me about Jesus.  I was a catholic and her approach was a bit overwhelming.  I tried to avoid her at work.  I would think “Why Me?”  Why does she keep trying to talk to me?

At the time, my husband drank a lot.  Not every day but enough.  One night he came home in one of his drunken stupors.  I was in the kitchen preparing to leave for work.  I worked nights and it was very stressful.  My husband was very old fashion and believed the woman should take care of the kids and the household along with my regular job.  This particular night, he came into the kitchen very drunk and so I said nothing to him.  I was worried about leaving my kids with him while I went to work.  If they were sick or needed help, I didn’t feel confident that in his drunken state, he could help.  Nevertheless I prepared to leave for work.

For whatever reason, when my husband came into the kitchen he began to challenge me.

He then put his face aggressively to my face and it angered me so much that for the first time in our entire marriage, I slapped him right across the face.  Up to that point, he had never raised a hand to me but in reply to my slap, he slapped me back, knocking me to the floor.  Unfortunately our young son had witnessed the scene.  I saw his face as he ran crying to his room.

I had to go to work and cried all the way.  I was devastated.  Upon arriving on the job I went to restroom and cried some more. Then Blanca walked into the restroom.  When she saw my face, she asked what happened.   I felt so desperate that I decided to tell her what happened.

“Let me help you” she said.

“How can you help me?” I asked

“I’ll tell you tomorrow” was her response.

The next day she brought me my first Bible and said “This is your medicine, this is what you need.”

That was the first time I paid attention to her.  I was planning to leave my husband but I started meeting with her.  She told me to read the book of Mathew and so I did.  And from that day I started crying and crying and reading and reading.  I asked her, why I was crying so much when reading the Bible and explained that the Word of God was cleansing my soul and preparing me to accept Jesus. I didn’t understand what she meant at first.

My birthday was coming up and Blanca asked me to meet her spiritual mom, a French woman named Jackie.  I told my sister about it and we went to meet Jackie and Blanca together.  Jackie was a very nice lady,  I didn’t speak much English, at that time my husband wouldn’t let me take any classes, I only had the basics so Blanca had to translate. She told me that Jackie wanted to know if I wanted to accept Jesus into my heart.  I said “Okay” and stood up and repeated after Jackie the prayer of salvation.  It was so beautiful. Suddenly I felt as if I had electricity going through me and I was shaking.   I began praying out loud and all of a sudden I began speaking in tongues.   I knew nothing about that.  Blanca and Jackie were so surprised but just encouraged me to keep going.

It was my best birthday ever.